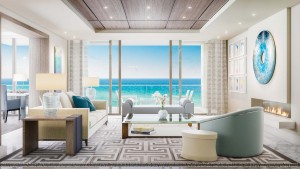 NAPLES, Fla. (March 8, 2016) – Gulf Bay® Group of Companies (Gulf Bay) has announced that reservations for the 72 estates and penthouses at Mystique, the new ultra-luxury high-rise in the exclusive Pelican Bay community, are one-third complete.

Under the direction of Aubrey J. Ferrao, who founded Gulf Bay Group of Companies in 1986, Gulf Bay has successfully completed 14 luxury properties along a 1.5-mile stretch of Gulf-front land within Pelican Bay.

“The response to Mystique has been overwhelming, and surpassing this milestone demonstrates the demand for this iconic tower just steps from the beach in Pelican Bay,” said Ferrao.

The 21-story Mystique will feature a total of 68 estate and four penthouse residences on one of only two remaining developable land parcels in Naples between The Ritz-Carlton on the beach and Port Royal. Mystique’s expansive estates range from over 4,000 to over 5,280 square feet under air and are priced from over $3 million to over $7 million. 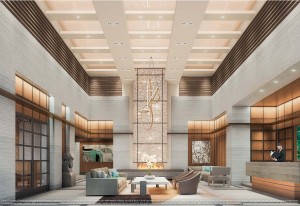 Reservations for Mystique are ongoing, with Naples-based Premier Sotheby’s International Realty serving as the exclusive listing agent. The sleek and contemporary onsite sales center, which opened in December 2015, reflects the modern architectural style of the ultra-luxury high-rise and showcases several features of Mystique’s sophisticated and refined design, including luxury kitchen and bath vignettes. 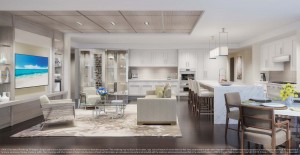 In addition to its history in Pelican Bay, Gulf Bay’s other award-winning developments include The Brittany on Park Shore Beach; Marco Beach Ocean Resort® on Marco Island; and the 4,000-acre award-winning, master-planned community of Fiddler’s Creek.

The Gulf Bay Group of Companies’ completed and under development build-out market value of luxury residential properties is estimated in excess of $5 billion.

KKR is a leading global investment firm that manages investments across multiple asset classes. KKR had $98.7 billion in assets under management as of Sept. 30, 2015.

For more information about Mystique, visit the sales center at 6885 Pelican Bay Blvd., log onto www.MystiquePelicanBay.com or call 239-598-9900.